Time stopped. I saw the phone ringing. I knew where he was heading. And I knew without hearing a word what had happened. My son had gotten in an accident.

But there was a problem. I didn’t know where he was.

If you’re ever the first person who gets that emergency call from your child, there’s things you should know.  Let me save you from the wrath of your loved ones by educating you on how this conversation is supposed to go. Question #1 should be “Are you ok?” Once that is dealt with, question #2 should then follow – “Where are you?” Three easy words. WHERE ARE YOU? My husband didn’t know these rules.  And because Q2 wasn’t asked, this upset mama went racing to the car to drive…. somewhere… anywhere that would put me closer to my son. GET TO THE BOY.

And I finally did. He was OK. In fact he was worried about me. He knew I was upset, but he also knew he was in a bad part of town and didn’t want me in danger. He handled the entire situation on his own. The other driver. The Highway Patrol. All of it. And when I got to him, he directed me to drive down the road until we arrived at a safer place to talk. “This is a bad area mom. Don’t even stop. Just keep going. I don’t want you to get out of the car here.”

My baby boy grew up. 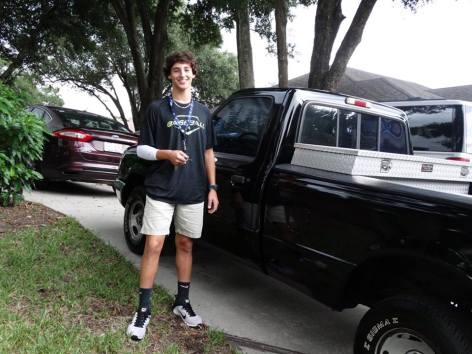 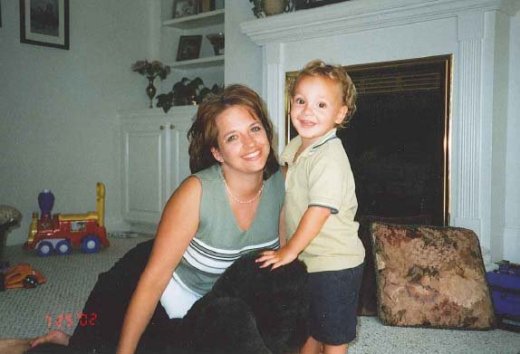 Oh I’ll always be his mama. I’ll always have that “GET TO THE BOY” feeling, but he has become a young man. I blinked and it happened. He has gained wisdom. He has built strength. He was able to handle this on his own… with God’s hand on him of course. And He has such a plan for that boy’s life (um.. young man). As I followed him home, I couldn’t help but sense that His plan is going to be pretty awesome.  Now that doesn’t mean I didn’t sit both my son and my husband down and make them practice the steps of the Emergency Call Protocol. Repeat after me – “Where are you?!”

And the child grew and became strong; he was filled with wisdom, and the grace of God was on him. Luke 2:40

4 thoughts on “When Your Kid Has a Car Accident…”

Busy moms often neglect themselves, becoming overwhelmed and discouraged. I provide humorous content to encourage them to take a break, have a good laugh and find Jesus so they have fresh enthusiasm for their family. | laughsandjesus.com View all posts by April G. Thomas